Film 911
Get Film 911 Updates
We promise to keep your email safe
Belly ButtonView All
"The Coach Ethan is probably the best hypnosis video to date. Loved the acting and the emphasis on the embarrassment/humiliation. Keep up the embarrassing content." 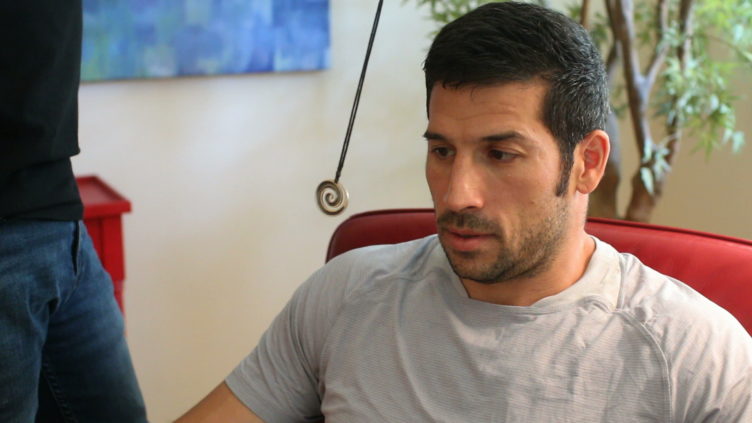 This is a custom video and some changes have been made to the script below. 27 min.

Leo arrives to the hypnotist’s home after he saw an advertisement at his gym for a free session. Leo tells the hypnotist he doesn’t really believe in this but was curious and thought he would try it – he tells the hypnotist he has been wanting to get more motivation at the gym. The hypnotist then begins dangling a pendulum in front of his face and states as he counts down from 5 to 1 he will fall into a deep trance, as the hypnotist counts down Leo will state he doesn’t feel anything happening but once one is said he falls into trance. (I would like him to have his eyes open during trance and have a blank stare on his face and this same look whenever he’s put back into trance).

He tells Leo upon waking he’s going continue talking to the hypnotist but will feel compelled to answer any question the hypnotist asks him truthfully, he won’t be able to stop answering the questions he’s asked no matter how personal or sexual even if he doesn’t want to. Leo is brought out of trance and the hypnotist asks about his work-out, then the hypnotist tries more personal and embarrassing, he asks Leo about the last time he masturbated, how often he does it, what turns him on, etc. As Leo is asked he will answer the questions but after answering will wonder why he would say that, why can’t he stop talking about these things, etc. The hypnotist then puts Leo back into a trance (again, eyes open and blank stare).

1) He tells Leo upon waking the only thing he will be able to say is “Ribbit”, he will not realize he’s doing it until he hears a snap of the fingers and then will continue only being able to say “Ribbit” but be very distressed. (I would like to see this done in such a way that the hypnotist initially talks with Leo who only applies in multiple “Ribbits” ie, “What do you do for a living? Ribbit Ribbit Ribbit”). He then puts Leo back into trance and removes that suggestion.
2) He tells Leo upon waking he will initially be unable to remember his name and will be very confused and distressed, but once he hears a snap of the fingers he will remember it but whenever he tries to say it, the only thing that comes out is jibberish (sounds that make no sense), and he will continue trying to say his name but only saying jibberish and be very confused. (I would like to see this through the video)
3) He tells Leo upon waking whenever he hears the word Chicken he will act like a chicken for 5 seconds (clucking, hands under his armpits like wings, etc) then snap out of it embarrassed and not sure why he did it. (I would like to see this used throughout the video

Leo is then put back to sleep and the hypnotist decides to have more “sexy” fun with him.

1) He Tells Leo upon waking whenever he hears the word “strip” he will have an overwhelming urge to strip off a piece of clothing until he’s naked, each time realize he’s doing it and that he felt he “needed” to do it – but unsure why and he will have no desire to put the clothing back on.
2) He is also told that upon hearing the word “Flex” he will have an overwhelming urge to flex for the hypnotist for 5 seconds, again realize that he felt the need to flex but unsure why and very embarrassed (I would like him to flex towards the camera).
3) He tells Leo whenever he hears the word Kiss he will need to kiss the hypnotist, initially with just a peck, but each time the trigger is used the kiss will become more and more passionate with tongue and feeling the hypnotist up. He will realize he did it after he completes this kiss but not know why and very embarrassed an apologetic.
4) Whenever Leo hears his name he will begin pec bouncing and not be able to stop for 10 seconds, he will realize he’s doing it but not understand why and be extremely embarrassed.
5) The hypnotist then tells Leo upon waking whenever he hears the word “hump” he will have an overwhelming urge to get on the couch/chair and slowly hump it (like he’s having sex with it, not like he’s a dog dry humping someone’s leg) until he hears stop. He will not realize he’s doing it until he hears stop and then will again feel embarrassed and state he just felt the need to hump the couch.

The hypnotist then puts Leo back to trance and says upon waking Leo will remember none of what happened and believe that he just had amazing hypnosis session and has never felt better, however the triggers given above will continue to work. He’s also told that after he leaves he will have the most irresistible urge to come back to the hypnotist’s office the next day, he will be unable to think about anything other than being hypnotized again and will be consumed by this desire.

Leo is awoken, thanks the hypnotist for the amazing session and gets dressedand before he leaves the hypnotist asks Leo what he’s going to do after he leaves and Leo says “I’m going to go home and jerk off to you a couple times” after completing that sentence he will look extremely confused and embarrassed unsure why he said that out loud, the hypnotist then uses the chicken trigger once and again Leo will act like a chicken and be unsure why he did it, then finally the hypnotist will trigger the strip and then flex/hump trigger so that Leo takes of his shirt then flexes for the hypnotist then goes to hump the couch. Leo is extremely embarrassed and confused but leaves without his shirt and with one last kiss trigger with a passionate make-out session.

Dr. Smith answers a knock on his door and arrives to see Leo. Dr. Smith asks why Leo is back so soon and Leo responds that all he can think about is being hypnotized again, and he will beg Dr. Smith to put him under again. The hypnotist will initially decline, but Leo will beg more and more – even getting on his knees. The hypnotist will then agree and has Leo sit down in a chair and immediately puts him back into trance with a snap of the fingers. The hypnotist then tells Leo that once he comes out of trance he will do a sexy strip until he’s completely naked for the hypnotist (towards the camera) and then will begin flexing and posing, but he will not know why he’s doing it. The harder Leo tries to stop the sexier he dances and poses. Leo is then put back into trance.